Queclink Celebrates the 10th Anniversary of the GV300 Series

SHANGHAI, China, September 27, 2021 — Queclink (Stock: 300590.SZ), a world leading supplier of IoT devices and technologies, today announces its GV300 series has been in demand for 10 years. Having brought benefits to thousands of customers, the GV300 series has achieved 2.5 million deployments globally since 2011 that stacks with almost 400 Shanghai Oriental Pearl Tower in height. 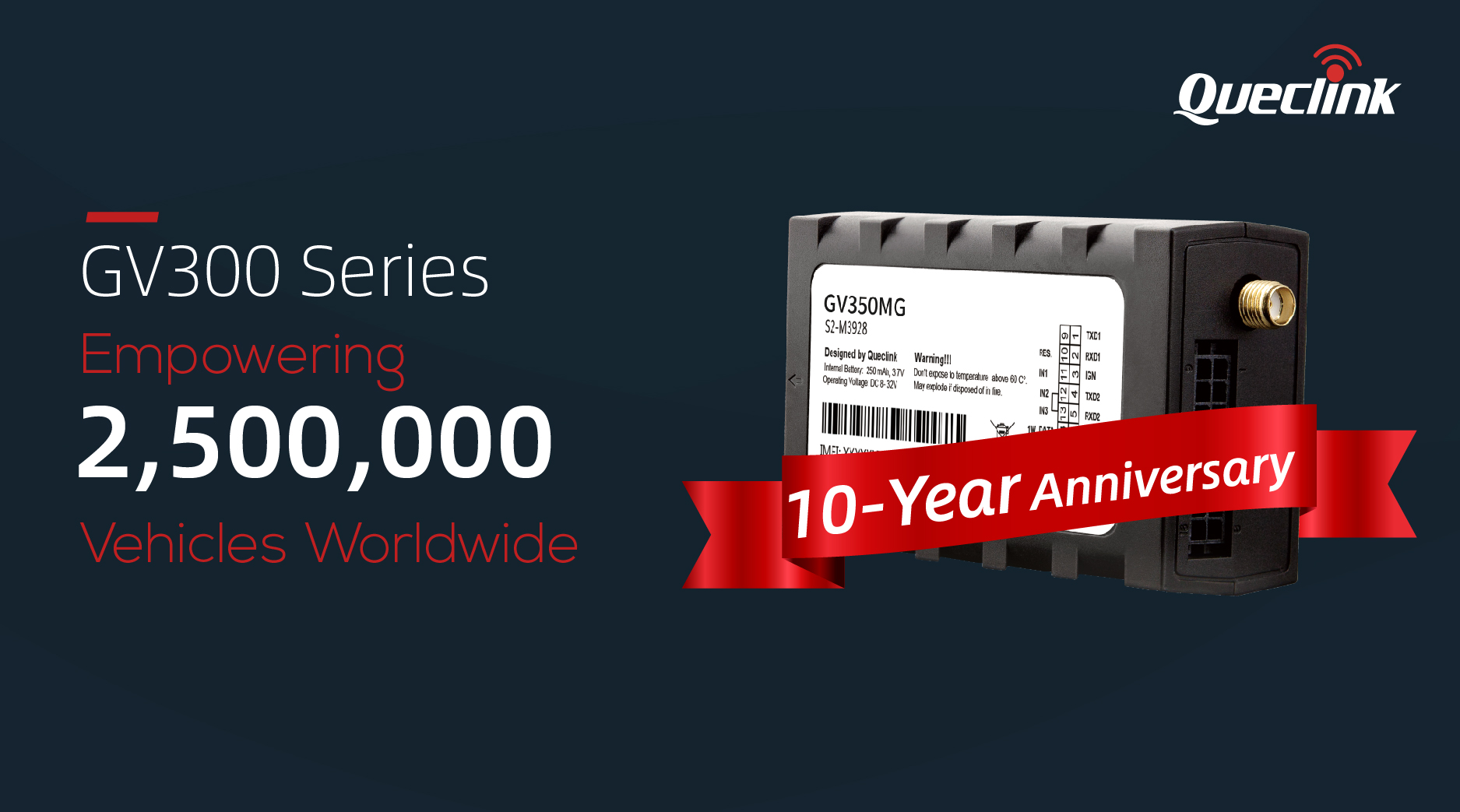 “We seized the opportunity into telematics market soon after we established Queclink in 2009,” says Edwin Peng, Queclink’s Senior Vice President, “Our sales team keenly listen to customers’ needs and feed the R&D team with the real voice of the market. All contributed to the success of our GV series – vehicle telematics.”

During the past decade, Queclink has helped multiple customers establish their own fleet management systems for diverse industries and scenarios. At the core of the solution usually is the GV300 series that helps manage mixed fleets in SVR, UBI and auto finance applications. Queclink has worked together with an industrial partner to build the fleet management system for a top 3 world largest manufacturer of steel structures and cranes.

The smart system was awarded as “Special Recommended Case” in the “Safe Transport” innovation campaign organized by the Ministry of Transport of China, as the fuel consumption of heavy vehicles for steel structure production has dropped 15%, saving over 1.05 million U.S. dollars per year.

“Our priorities will not only be heading to traditional vehicles but also electric vehicles. Green initiatives are driving the development of fleet management,” explains Alejandro Patino Zuluaga, Vice President of Global Sales at Queclink. “Our future growth relies on our ability to continually innovate and be at the forefront of market trends. Now we’re navigating together with a leading player in commercial electric vehicles and planning to devote more into this application.”

Edwin adds, “The GV300 series has closely followed the network migration especially with multiple LTE versions and developed greatly into a big family in the last ten years. We’ll continually invest in new technologies and bring classic series to life. We are more than confident to carry forward glory of the GV300 series in the next decade and stay one step ahead of the market.”

As Queclink expands its expertise, the company has maintained an average rate of return on equity (ROE) exceeded 15% over the past 3 years, and grown into an organization globally renowned for bringing progressive IoT solutions.

Since 2009 Queclink Wireless Solutions has been “Driving Smarter IoT”.

Queclink is a pure play IoT hardware designer and manufacturer working with many well-known industrial and consumer companies to bring innovative IoT solutions to market. Its business units span transportation, asset and mobility, networks and agriculture. With 35 million IoT products delivered to over 140 countries, Queclink inspires data-driven solutions for its worldwide customers.